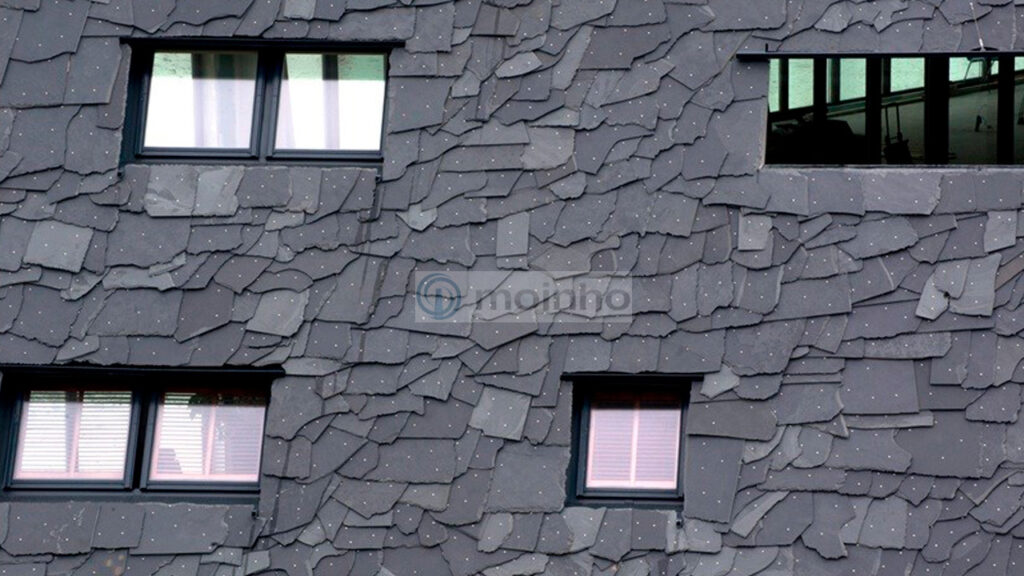 Surrounded by water and canals, the historic city of Amsterdam is a tourist hotspot in Europe. Right in the middle of the centre of the city, a new plot of land was created inside the famous river ‘IJ’, next to Amsterdam Central Station.  The architects for this project are Dick van Gameren and Bjarn Mastenbroek. The famous cut outs in the plan follow the direction of the canals, such as the famous Keizersgracht (Emperors canal) close by.

The old Palace of Justice was closed and reformed to be a 5 star hotel. The new Palace of Justice has become a landmark for the city, enjoyed every year by millions of inhabitants and tourists. All horizontal and vertical dark cladding was made in Moinho Anthracite Black slate.

To meet the architects demands Moinho developed a special production and testing line for the irregular form of extra-large flagstones. Some of the flagstones are larger than man-high. Thicknesses of the flagstones were adapted for the different parts  of the buildings, making them accessible for passing during the maintenance of windows. The building marks now the entry to Amsterdam both by Waterway and Railway.

All persons taking the Ferryboat from the northern side pass the building which form an entrance for the city centre. The elements have a large effect on the building and wind speeds can be extremely high on the river. The flagstones are attached to the building with special screws and using pre-drilled holes. The monotone colour of Moinho Anthracite Black and the texture of the flagstones gives the Palace of Justice a prominent appearance. 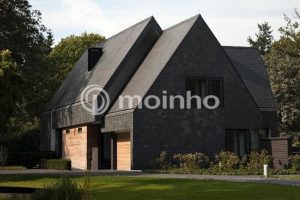 Since before the middle ages the empires and kingdoms have used the cladding of Natural Slate for a long lasting solution for roofing of palaces, 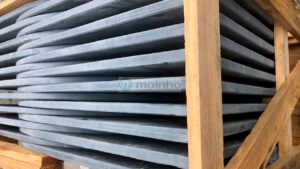 Calibration how it’s made and why do we use it

The main reason we calibrate our slate is for creating a uniform thickness in our products. This makes it easier for installation, calculation, packing, transport, 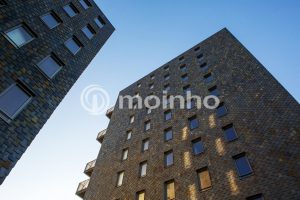 In the city centre of Hoofddorp, the closest town to airport Schiphol-Amsterdam in the Netherlands this new group of buildings was built. The buildings consist